The group was founded by Atanas Atanasov back in 1976 in Stara Zagora – the picturesque town in central Bulgaria, in the Thrace region. After a 6-year hiatus, the ensemble was reactivated in 2000. „Nashenci” is the organizer of the ”Na Belitsa na horoto” National Folk Festival. The rich repertoire of the ensemble features dances from all ethnographic regions of Bulgaria with their wide variety of rhythms, colours, costumes, ornaments and decorations. The group has taken part in many festivals around the world: in Denmark, Egypt, England, Hungary, Portugal, Switzerland, Turkey, France, Serbia, Macedonia, Palma de Mallorca, Italy, Greece. Since its creation until today ensemble has been a meeting place for intelligent, energetic and positive young people who love dance and art. 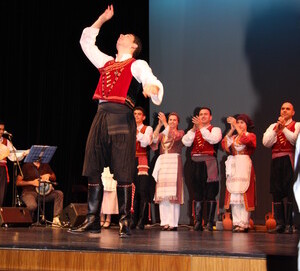 The group has been established in 1971 and is comprised of amateur dancers who present Cyprus folk dances and love songs. The group’s repertoire includes tances like: Antikristi, Syrtos, Tatsia, Poterka, Dhrepani, Stamma, Sousta, which are based on the everyday life of the simple people (farmers and workers of the island). The group has taken part in festivals in Romania, Greece, Poland, France, Canada and Austria.

The group was established in 1995. Today, Ivancice has more than 100 members in three groups: dancers, tamburitza players and singers, divided according to their age (the youngest member is just 4 years old). The group is known for the diligence and passion of its members. The origin of “Ivancice” name is the summer celebration of Ivanje, St. John’s Eve (Ivan is the Croatian version of the name John) on 24th of June, also called Kupalo. The members of KUD “Ivancice” present the wealth and the beauty of the cultural heritage of many Croatian regions, complemented by their costumes, which are hand-made. The group has taken part in many folklore festivals in Croatia and abroad: in Romania, Italy, Portugal, Macedonia, Hungary, Slovenia, Bulgaria, Greece, France. 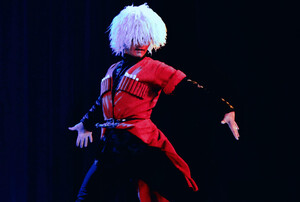 The ensemble was founded in 1996 by David Kivkadze. It is comprised of students who present solo, pair and group dances. Traditional Georgian dances express the bravery, agility, rivalry, perseverance and respect of Georgian men for their women, as well as the charm and beauty of Georgian women. An exceptional style of dancing: women in dresses looking like swans who “swim” in the air, and acrobatic feats of the men. Their repertoire contains Khanjluri – the dance of shepherds, Kartuli – the elegant and romantic dance for two, Khevsruli – the group dance using swords and shields, as well as many others. „UNIVERSITY 2” has appeared in many festivals in various countries including: Mexico, Brazil, Spain, China, USA, Argentina, Ukraine, Portugal, Italy, Bulgaria, Hungary, Poland, France, Russia, Turkey. 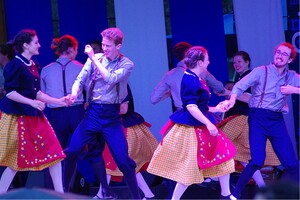 The Ensemble was created in 1996 in Laval. Les Bons Diables is an organization that combines the pleasure of dance with the promotion of folklore, in Quebec and abroad. The group, specializing in jigging and Quebec folklore, has a rich and colorful repertoire of dances. The artistic direction of the Ensemble updates traditional forms, thus making them more dynamic, while respecting their origin and their symbolism. The group’s instruments include the fiddle, the guitar/bass and percussion. They have participated in many festivals in their country and abroad. 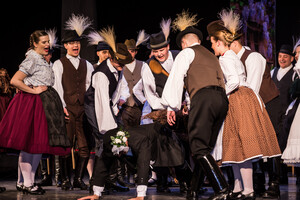 The group was started in 1989 to safeguard and promote the traditions of Hungarians of the Carpathian Basin. It is one of the best amateur artistic groups in the Rabakozi region. The group is comprised of 30 members. The group’s most important aim is to cultivate traditional folk dances, folk music and customs. Since 2005 the group works in cooperation with an art school and is managed by Rabakozi Heritage Foundation. The dancers play an active part in the cultural life of the city and Kapuvar municipality. 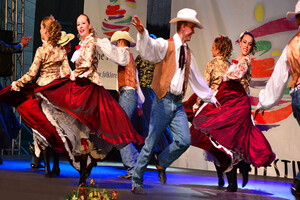 The group was established in 1972 in Chicago. Its mission has been to promote Polish and American culture through song, dance and music. WICI Has carried the traditions of their ancestors through with their authentic costumes and oryginal choreography. The ensemble comprises 300 members – dancers, musicians and artists. Male WICI currently encompasses ten children’s groups, ranging from ages 3 to 14. Two hundred and fifty children dance in Male WICI, and the representative group is composed of over 70 teens and adults. Wici has performed in cooperation with the Grand Theater and Opera of Warsaw and Lodz. Wici has traveled and performed at venues all over the world including Canada, Italy, Poland, the Caribbean, and Mexico. Several years ago, they started exploring American folklore and music including country western and clogging. One of their new dances comes from the Cold Mountain Region and is filled with musical excitement, jumps, lifts and of course beautiful authentic costumes. 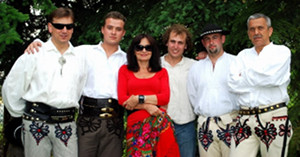 „Krywań“ is the synonym of a specific style in Polish highlands music adapted to market demand, the synonym of good taste and masterful arrangements. It is one of the oldest Polish folk groups, ranked among the best-grossing groups such as Zakopower, Golec uOrkiestra, Brathanki or Trebunie-Tutki. This Zakopane-based group has its own trademark sound and musical style and promotes its region, local tradition, as well as family values, honor and honesty.