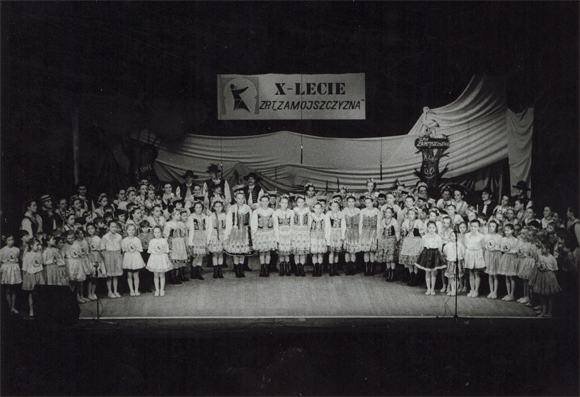 House of Culture, Stanisław Rudy and Irena Kozubowska. Thanks to the favor of the director of the Department of Culture and Art of the Voivodeship Office, Mrs. Zofia Piłat, the Voivodeship House of Culture was granted additional workplaces and funds for purchase of musical instruments and costumes. By stroke of luck, a graduate of pedagogy, member of the Song and Dance of the Maria Curie-Skłodowska University, a very motivated and greatly talented person who inherited the love of working with children and youths from her grandmother, a noted culture organizer, Jolanta Kalinowska-Obst had come back to Zamość around that time. She took the ensemble under its wing, which paid off very quickly.

„…In recognition of the attained artistic level, a rich repertoire including songs and dances of our reason, the Department of Culture and Art of the Voivodeship Office in Zamość grants the ensemble the name of <the Song and Dance Ensemble “Zamojszczyzna”>
This name is a token of recognition for the work of the ensemble and an obligation of special consideration for safeguarding the folklore traditions of Zamość and proudly representing the voivodeship.” 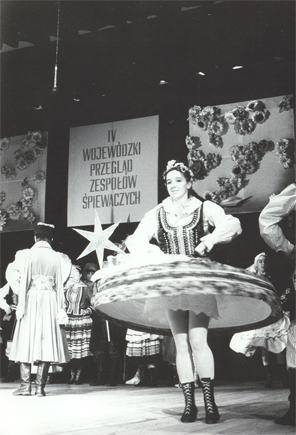 With those words Zofia Piłat, the director of the Department of Culture and Art, granted the ensemble its current name of the Song and Dance Ensemble “Zamojszczyzna” after one and a half years of existence. This very important ceremony took place on October 9th, 1987 during a concert in the Zamość House of Culture. It was also on this day that it was made the official representative ensemble of the Zamość voivodeship. The striking dance performances, judged by the art committee from Scena Ludowa, gave rise to the ensemble’s streak of successes which has lasted over 20 years. The Song and Dance Ensemble „Zamojszczyzna” has become a true showpiece of not only Zamość, but also the entire region. Under Mrs. Jolanta’s artistic and pedagogical and Mr. Waldemar Skóra’s musical guidance, the small children’s dance ensemble “Gaik” quickly grew up to be dancers of the Song and Dance Ensemble “Zamojszczyzna”. For over 20 years the ensemble has proudly represented its region in various parts of Poland and the world, spreading Polish folklore through wonderfully prepared Polish folk dances, including the dances of Zamość which were saved from extinction. The ensemble’s repertoire also includes folk songs, stage adaptations of old customs and patriotic programs featuring national dances. 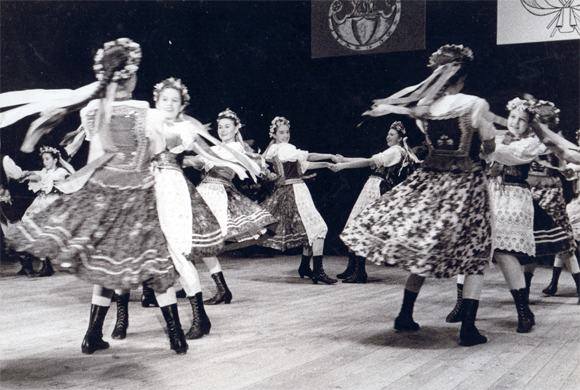 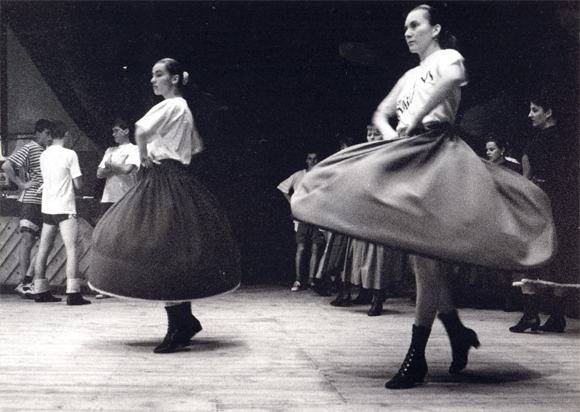 November 10th, 2007 The Song and Dance Ensemble „Zamojszczyzna” successfully passed the verification by the CIOFF® committee, which resulted in a 5-year recommendation for the youth and adult groups, and a 3-year recommendation for the children’s groups for representing Poland at foreign festivals. Over 20 years of the ensemble’s existence means training a couple hundred dancers from scratch, the realization of a couple hundred performances for a large audience, bestowing not only with song and dance, but also smiles and youthful charm. The ensemble’s successes should not be judged solely on the merits of entertainment, for “the lessons of being Polish” presented during Zamojszczyzna’s concerts are invariably important to the audience. Among these lessons are the concerts organized for the schools of Zamość, which meet with great interest of students and teachers alike. 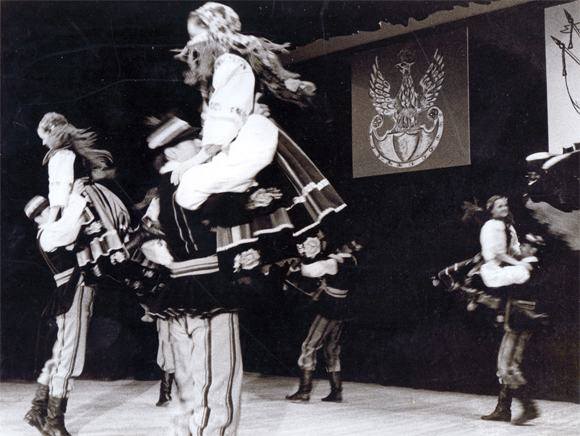 For the dancers, the artistic skills gained through work in the ensemble are important skills, which will continue to bear fruit for years to come for all of us. However, the beautiful memories, which will bring back smiles on their faces when they are old, are what is most important to them. First rehearsals, first failures, but also first successes. That is what the dancers of Zamojszczyzna will remember for a long time to come.

”I’m certain I’ll always remember this wonderful, dancing family, without which I could not imagine my life”

The words of Magdalena Bernat – a former dancer ring very true, for all members of the Song and Dance Ensemble “Zamojszczyzna” feel like a one big family! And that is how it has been for 25 years…