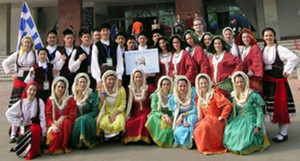 The Music and Dance Group “Naoussa Paros” was created in 1988 on Paros island. The group is a member of C.I.O.F.F. Greece. Because of that they proudly represent Greece at several folk festivals and competitions around the world. Over the years they have visited more than 30 countries, including Mexico, Norway, France, USA and China. The dancing performances which present authentic folk dances from Paros island and other regions of Greece are always accompanied by live music played on traditional instruments such as the lute or toubeleki. 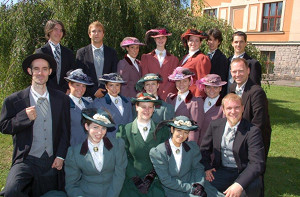 Since 1975 Les Éclusiers de Lachine have been promoting Canada and Quebeck folklore both locally and around the world. This mission is realized through a variety of activities such as weekly lessons to all ages, annual shows, special dancing nights, and international tours.
The artistic program is between the old and the new, our origins bear the colours of France, Ireland, England and Scotland. Les Éclusiers de Lachine want to make folklore accessible to everyone. The public is brought on a journey through history with a repertoire that represents our time while the jigs and dances present an overview of the variety of traditions. 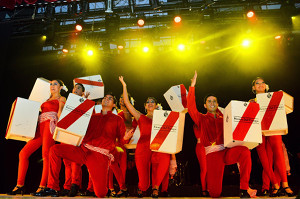 Ritmos Del Tiempo is one of the most prestigious folk groups in Peru. For six years, it has been presenting Peruvian folklore all around the world, enriching its performances with the elements of musical theatre. The artistic program of the group is very diverse. During the festival the ensemble will present traditional Peruvian dances coming from the regions of the Pacific coast, the Andean mountains and the Amazon rain forest. The performances will also include a presentation of typical Peruvian percussion instruments. 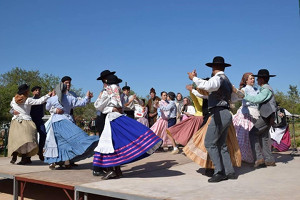 Established at the early thirties, the Grupo Folclórico de Faro is the oldest folk dance group in the Algarve and one of the oldest ones in Portugal. Group was an inspiration to new emerging groups all over the Algarve, mostly created in its image. The folk group is also responsible for the organization of several folk dance and music meetings, named the FOLKFARO – International Folklore City of Faro, the biggest folk dance festival in southern Portugal. As an ambassador of the region and the country, the group has already made more than twenty tours to foreign countries such as: France, Canada, USA, Brazil, the Czech Republic and Russia. The group is a member of the Portuguese Folklore Federation and has been awarded with the City Gold Medal of Faro in 2002.

Folklore ensemble was formed in 2002. It has 170 active members, divided into 4 groups: folklore, drama, tambour and art groups. Their most important journeys were to Greece, Bulgaria, Portugal, France, Montenegro, Czech Republic, Germany. They have been noticed everywhere and won many prizes. The group has prepared choreographies: games from Sumadija, games from Pirot, games from Leskovac and games from Crnorecje. 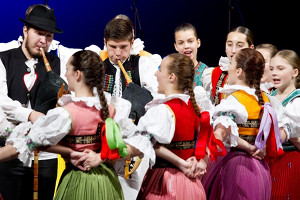 The Želiezko ensemble was founded in 2009 as the youngest folklore ensemble in Košice, the first youth ensemble there. Among its ranks are students of the Vlad Urban Private Primary Art School in Košice. The creation of the ensemble was initiated by the founder of SZUŠ (Private Elementary Art School), Ing. Vladimir Urban with the dancers of the Železiar ensemble. In 2017, it celebrated its 8th birthday and even though it does not have a long history, the ensemble has performed several times in Slovakia and abroad (in Cyprus, Belarus, Hungary and Bulgaria). In its repertoire there are dances from the regions of Abov, Zemplín, Šariš, Spiš and Gypsy dances. In the background there are no lazy folk songs. Young dancers, apart from dancing their choreographies, also work on the repertoire of the Železiar ensemble. It is not a secret that Želiezko Youth Folklore ensemble prepares future members of the Železiar ensemble.

The Volynianka Dance Ensemble was created in 1959 at Lutsk Palace of Culture. The ensemble was awarded the title of “folk amateur” in 1960. Ensemble’s repertoire includes – dances, compositions created on the basis of local folklore of Volyn and Polesia. Volyn dances are of particular success with the audience. Performances of the ensemble are accompanied by a its folk band. The Volynianka ensemble has earned many artistic accolades. Over the years the dance ensemble has participated in international folklore festivals in Poland, Hungary, Germany, Greece, Tunisia, France, England, Russia, China, Belgium, and Malta. 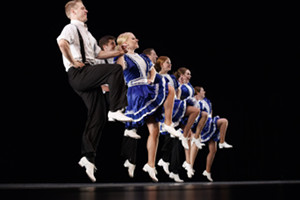 The ensemble is made up of 35 students, 28 dancers and 7 musicians. Combined, they form one of the most unique groups of performing arts in the USA. Their American musical styles range from American New England and Apallachian folk to bluegrass, cajun, blues and country. The group has attended 32 festivals in 31 countries since 1964, including Canada, Croatia, Spain, Israel, France, England.

This folk ensemble was founded in 2001 in Rokitno and performs traditional folk songs not only from the Lublin region, but from all around Poland. The modern arrangements aim to promote folk traditions to a wider audience. The repertoire is passed down from generation to generation. The ensemble is comprised of passionate singers and professional musicians led by Ireneusz Bachonko – musician, accordionist and the group’s musical director. After 10 years of concert tours Rokiczanka has come to be a recognizable name in Polish folk music circles. 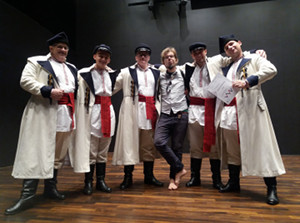 The group was founded in 2016 by its director and instructor, Paweł Warowny and works side-by-side with the Foundation For Disabled And Socially Excluded Persons “BYĆ” (“to be”). The group is comprised of authentic folk singers of the older and younger generations from Ryki, Kawęczyn, Zalesie and Nowa Dąbia. It is the only male group presenting the old vocal repertoire of the south part of Forest Mazovia.