GEMP was founded in 1995 by a group of students, parents, teachers and authorities of the Mother Pauline Municipal School in Crissiumal. In 2000 the ensemble started its own dance school with Leandro Diel Rupp as its director and choreographer. GEMP has won over 100 prizes in national and international competitions, including the National Dance Competition in Rio Grande do Sul in 2006. In the years 2006-2013 it has given over 200 concerts in various parts of Brazil. It is currently comprised of 16 dancers-instructors and over 100 students. The ensemble has represented Brazil in international festivals in Chile, Argentina, Bolivia, Poland, Slovakia, the Czech Republic, Portugal, the Netherlands, Canada, Turkey, Romania, Bulgaria, Macedonia, France, Belgium, Germany and Hungary. GEMP maintains cultural exchanges and employs dance instructors from such countries as Russia, Mexico, Chile, Argentina, the Netherlands and Poland. The ensemble’s folk band uses such instruments as the accordion, drums, flutes, whistles, chimes, the guitar, the tambourine, rattles, the cajón and indigenous drums. 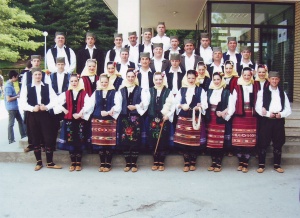 “Branislav Nušić”, named after a famous Serbian writer and satirist, was founded in 1951 as a cultural association, which later transformed into a folk dance ensemble in 1996. It is currently comprised of 160 active members divided into four sections: folklore, drama, arts and a folk band. The most notable tours of the ensemble include performances in Greece, Bulgaria, Poland, Switzerland, Hungary, Bosnia and Herzegovina, Serbia, Montenegro and the Czech Republic, during which it has garnered many accolades and prizes. Its folk band plays such instruments as the accordion and the tamboura (a plucked string instrument). The ensemble’s repertoire features dances from the Srem, Baranja, Resava and Belgrade regions, as well as royal customs. 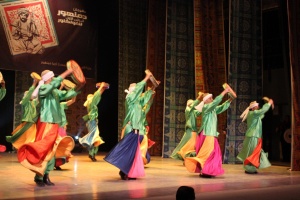 The ensemble was founded in 1964 and is comprised of 40 performers (dancers, musicians and vocalists). Its repertoire features traditional dances from all parts of Egypt, based on ancient traditions, including farmer dances, wedding dances, the religious tanoura dance, Nubian dances and dances originating in the northern part of Egypt. Representing the spirit of folklore of the Beheira Governorate, the ensemble has taken part in several national and international festivals in such countries as Spain, Turkey, India and China. Among its instruments are the oud (a string instrument), the mizmar (a type of shawm), the tabla and daf drums, the rik (a type of tambourine) and the violin.

Cercle Celtique Mibien ar mor was founded in 1967 in Poissy to cultivate and promote the rich culture of the Britanny region. It currently gathers more than 200 members, including 40 dancers and musicians. The group’s repertoire features painstakingly collected folk dances, songs and melodies, as well as modernized choreographies and original compositions based on folk traditions. Cercle Celtique Mibien ar mor has performed in many renowned international festivals. It is also a many time laureate of the Breton National Dance competition in Guingamp. The ensemble is a member of the Kendalc’h association (belonging to CIOFF®) working for the preservation of Breton culture. Among the instruments used by its folk band are the bagpipe, the smallpipe, the piston oboe (bombard), the accordion, the saxophone and the trumpet. 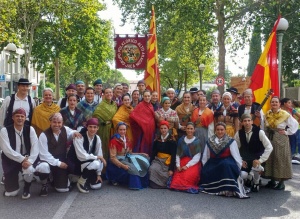 Grupo Folklórico “Alto Aragón” was founded in 1975 in Jaca, located in the Pyrenees, by a group of enthusiasts of local folklore. The group is active to this day and is comprised of 75 members. The ensemble presents the folklore of the three provinces of Aragon, with special emphasis on the unknown folklore of the valleys of Upper Aragon. Its repertoire features over  100 songs, including boleros, mazurkas, albadas, waltzes and palotiaus. The group has given many concerts in Spain, as well as abroad in Europe, America, Africa and Asia. Its folk band plays such instruments as the guitar, the mandolin, the oud, the accordion, bagpipes, flutes, drums, castanets and tambourines.

Satit Silpakorn Folk Dance Group was founded in 2004 by a group of enthusiasts of Thai art and culture. It includes teachers, students and alumni of the Demonstration School of Silpakorn University. The ensemble was nominated by CIOFF® Thailand to represent Thai folklore abroad. It has performed in Russia, Turkey, England and other countries. Its repertoire is very varied and includes dances from four regions of Thailand, as well as classic court performances and the Khon masked play depicting the pursuit of Benyakai. The ensemble’s folk band uses such traditional Thai instruments as the phin (a plucked string instrument), the glong, ponglang, ching and chab percussion instruments, the khui (a wind instrument) and the saw. 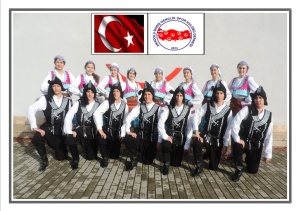 Anadolu Barış GSK was founded in 2013. Despite its young age, it comprises 126 active dancers. Its aim is to promote folk dance and the wealth of Anatolian culture and to represent Turkey on international festivals. The ensemble has gone on tour to Macedonia and Bosnia and Herzegovina, where it was received with much applause. Its repertoire features dances from various parts of the Anatolia region (horonlar, zeybekler, halaylar, teke, semahlar) and Darvesh dances. Its folk band uses such instruments as the clarinet, drums and the tamboura. 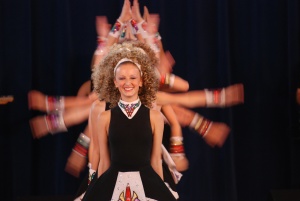 Founded in 1981 by Emmy Award-winning choreographer Mark Howard, Trinity Irish Dancers is an innovative ensemble constantly looking for new means of expression while maintaining a high regard for old traditions. The ensemble quickly dispels whatever notions you may have about Irish dance. It is comprised of dancers aged between 14 and 21, the majority of who came through the ranks of the prestigious Trinity Academy of Irish Dance. It has performed to great critical and popular acclaim in Europe and Asia. Trinity holds a unique place in the dance world, offering both a highly skilled presentation of traditional Irish step dance and a brilliantly engaging contemporary interpretation.