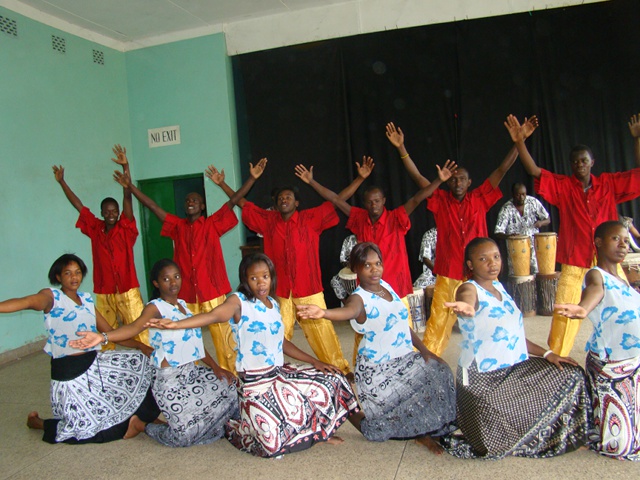 The Pith of Africa Musical and Dancing Group was founded in 1998. Its program features American folklore and most importantly Kenyan folklore. Every dance presented during the concert has its symbolic meaning: e.g. Kisekire is a victory dance, Todi – a wedding dance, Lunamasole – a freedom dance, Ngoma – a healing dance. The musicians use traditionally made instruments, e.g. tins and wood covered with cow or goat skins. 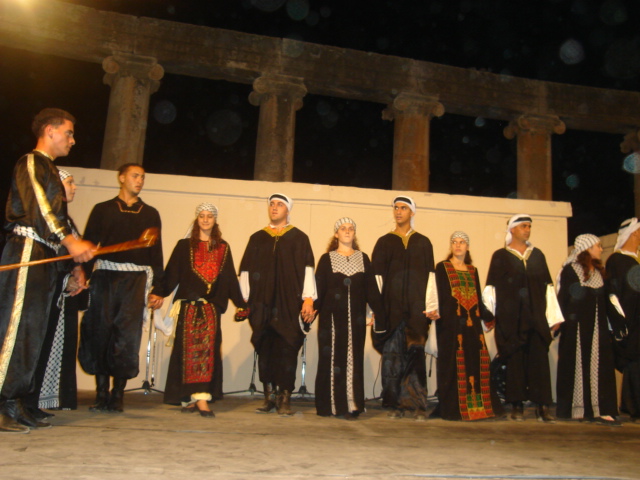 The ensemble has existed for 100 years and participated in several festivals in Israel and abroad. The Dabka Ensemble is part of the Logos Center organization, which promotes peace between Arabian and Jewish people through dance and folklore. The ensemble’s name – Dabka – comes from the most important part of the Bedouin wedding ceremony.

One of the dances presented to the audience in Zamość was the Samalia dance, characteristic of the northern part of Israel – Galilee and the Szarawija dance with Arabian oriental music. 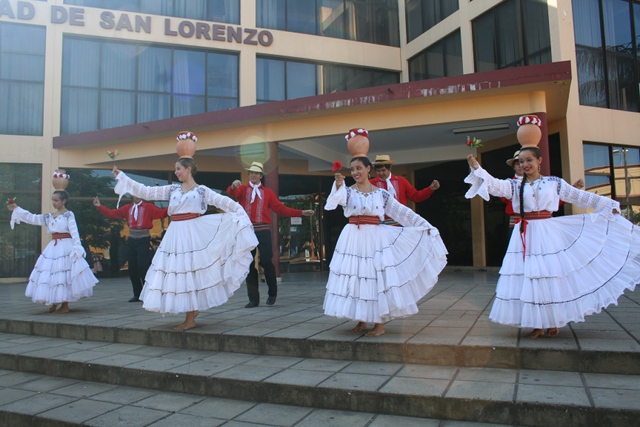 The members of the ensemble are graduates and students of the Municipal Art Institute of San Lorenzo. For 37 years the institute has been educating artists in music, recitation, folk and classical dance. It currently comprises 523 students and 25 teachers. It has performed on several festivals in Paraguay and abroad, mostly in America. The group’s repertoire is very cheerful and colorful. All choreographies were prepared by Miguelo Caballero and Adriana Martines.

Its main director is prof. Pedro Acosta, a teacher of Paraguayan and classical dance, recitation and drama. 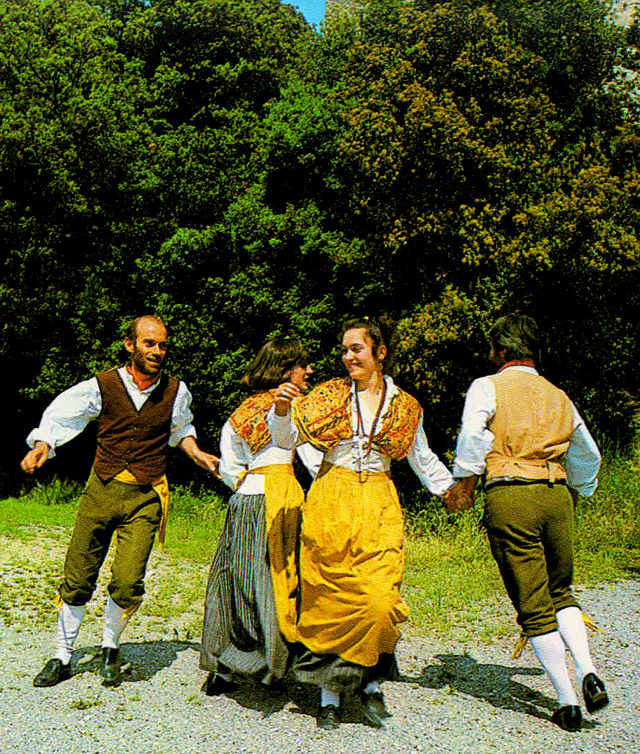 The name of the ensemble comes from an ancient Etruscan legend of prince Trasimeno. The „Agilla e Trasimeno” ensemble was founded in 1957 to revive some forms of culture popular in Umbria, with special emphasis on the region of Lake Trasimeno. The ensemble is comprised of young people from Castiglione del Lago, united by their love of traditions of their land.

Their simple costumes are the attire of 19th-century inhabitants of Umbria. Among the dances which are performed by the ensemble, the ones most typical of their region are worth mention: „Sor Cesare”, „Punta e Tacco”, „Trescone”, ” Lo Schiaffo”, ” La Manfrina” and „Chiamo”. The „Agilla e Trasimeno” ensemble promotes its activities by going on tour to Italy, Spain, France, Germany, Finland, Denmark, Syria, Switzerland, Poland, Turkey, Hungary and Belgium. 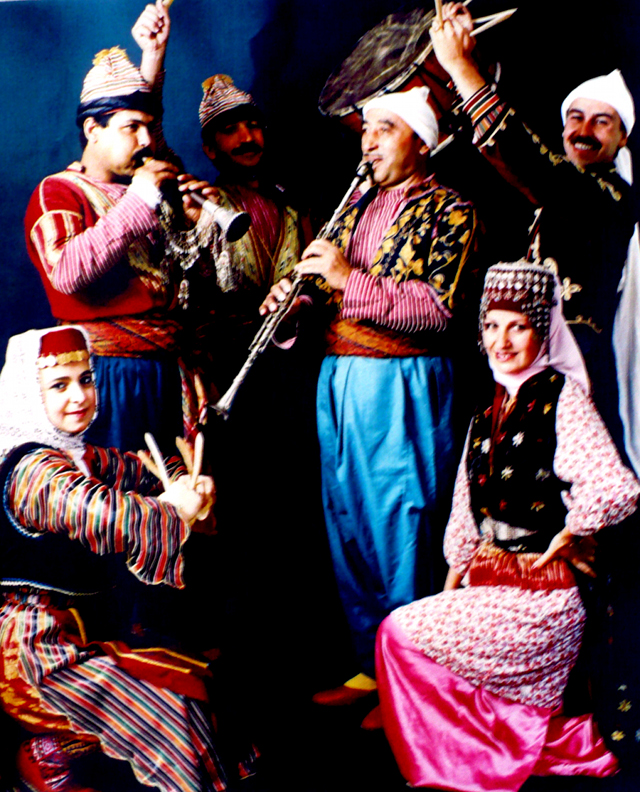 „Gehem” is a student ensemble founded in 1965. It has taken part in several international festivals: in Canada, China, Taiwan and most of the European countries. The ensemble’s repertoire covers dances and customs originating from several regions of Turkey. One of the biggest attractions of their program is the Whirling Dervish dance (Sema), which depicts the ideas of humanism and tolerance of the philosopher Celaleddin, who was alive in the years 1207 – 1273. People – whirling around dervishes expresses their subservience, obligation and gratitude towards God.

The program consists of 4 parts, during which the tempo gradually rises. In each part of the presented dances there are costume changes, which have different meanings, e.g. the dervish hat means a tombstone, a dress – a shroud, and a black robe – a tomb. 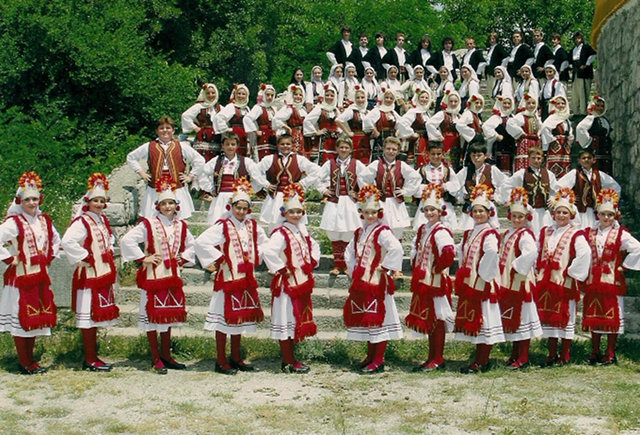 The ensemble was founded 10 years ago and is one of the best amateur folk ensembles in Macedonia. Thus far it has performed in several countries: Bulgaria, Serbia, Croatia, Turkey, Montenegro, Bosnia and Herzegovina and others. It has also performed in Poland at two festivals in Warsaw and a highlands festival in Zakopane. The ensemble consists of 3 age groups of dancers aged 5-35 and two bands playing traditional and national music, as well as a vocal ensemble. The KOCO-RACIN ensemble presented the customs, dances and melodies of the Macedonian national from the Kicevo region. 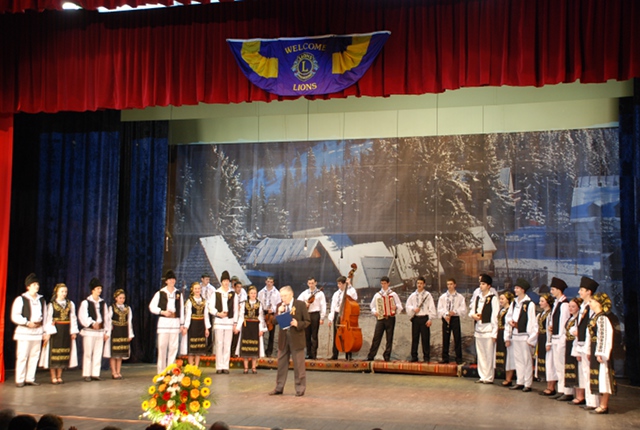 The „Doina Clujului” folk ensemble was founded in 1960. It consists of 40 young people, the majority of which are high-school and university students and students of the ”Gheorghe Dima” Musical Academy in Cluj-Napoca. The ensemble has been awarded several times by the Romanian public and also folklore enthusiasts from various European countries. Its repertoire features dances characteristic of Transylvania and other regions of Romania. It has taken part in several international festivals in France, Italy, the Czech Republic, Hungary, Bulgaria, Germany and others. 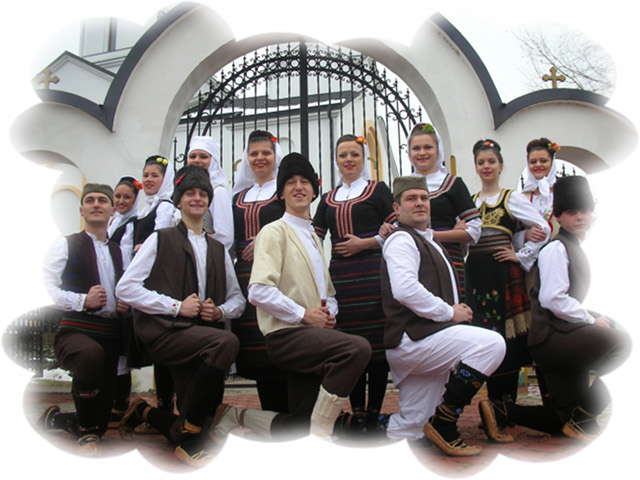 The ensemble was founded in 2002. It operates within an association comprising 200 members in different sections, e.g. the dance and music sections. The biggest of its section is the one concerned with folklore and it is this section that the members of the ensemble are part of. The ensemble gives many concerts in Romania and abroad. It has performed in Russia and Slovakia, among others.