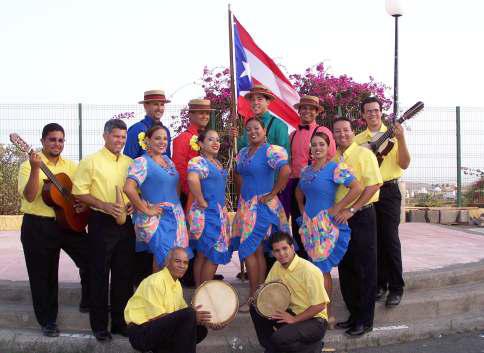 The „Guarionex” ensemble was founded in the town of Morovis in 1978. Since then it has presented its culture through song and dance, thereby cultivating Puerto Rican traditions. What it spreads is first and foremost folk music. In its beautiful spectacles it depicts folk traditions and customs. Its repertoire features all kinds of folk music, carnival dances, granato dances and „bailes de plena”. Ballet Folcrórico „Guarionex” are the only ones to organize spectacles in which they present evaluations of their music, which they call „Tropicalismo”. They are comprised of such music genres as guaracha, mambo, guaira, salsa y carnaval, in others words carnival music. The costumes in which the ensemble performs are amazingly colorful, thereby reflecting the Puerto Rican cultural mix. To do justice to the spirit of its country, the ensembles goes on trips on the coasts and to the mountains. It presents all of the experiences it has accumulated with great style, wishing to satisfy even the most demanding viewers. The ensemble ceaselessly advocates spreading of their traditions, and wants to inculcate it also on the Polish soil.

The ensemble was founded in 1963 in Mexico City. Since its foundation, its members have tried their best to popularize Mexican dances, songs, music and poetry. The ensemble’s program was devised by several highly-noted Mexican choreographers and musicians. The ensemble gives many concerts in its native Mexico and abroad, bringing pride to the colorful Mexican folklore all around the world. Its program has been broadcast several times on Mexican TV. 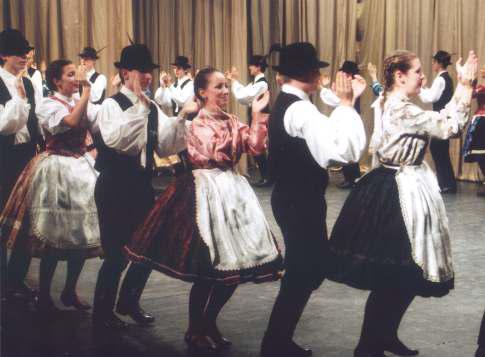 The BARTINA ensemble was founded in 1966 by school and university students. In a few year’s time it had grown to comprise a couple dozen people. Thanks to the cooperation with the music school, the dancers were given great aid with dance and choreography.
BARTINA is one of the best folk ensembles in Hungary. The dancers perform in original regional attire. Their repertoire features dances and songs from their region and from all over Hungary. 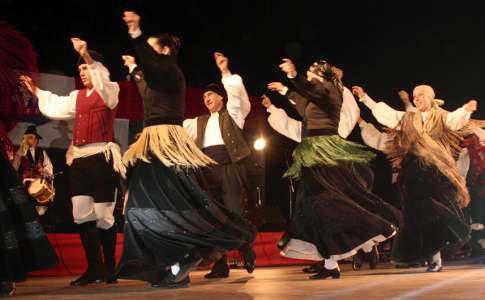 Escola Provincial de Danza – Castro Floxo is a folk dance ensemble, the main aim of which is to reconstruct and popularize the folklore of its native region – Galicia. The ensemble was founded in 1977. Since then its members have persevered in reconstructing traditional Galician melodies, dances, songs, costumes and folk customs, and presenting them during their concerts. By this the members of the ensemble express their appreciation for those who respect cultural heritage and help with its preservation and popularization. In recognition of the ensemble’s work, the authorities of Ourense founded a Regional Dance School in 1984, in which over 300 people gain knowledge of the Galician folklore.
The ensemble’s artistic program was devised with the help of elder inhabitants of Galician villigages, who still remember their old spirit and style. The ensemble is accompanied by a folk band using traditional Galician instruments. The ensemble gives many concerts. It has participated in several international folklore festivals (e.g. in USA, Bolivia, France, Belgium, Brazil, Portugal, Greece and Taiwan).

Director of the ensemble – Xavier Alvarez 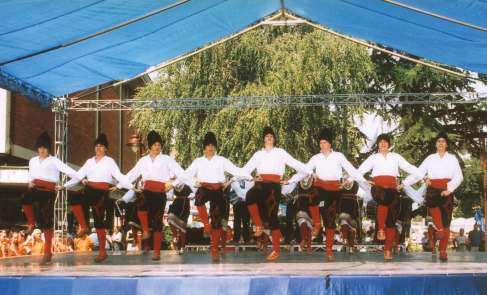 The „Nikola Tesla” ensemble was founded in Niska Banja in 1985. It currently gathers nearly 200 people – dancers, vocalists and musicians in different age groups. Its repertoire features the most important Serbian national and regional dances.

The ensemble has given over 200 performances in Serbia and abroad. During its concerts, the ensemble tries to impart the history of its country, as well as melodies and songs passed down from generation to generation. The „KUD Nikoal Tesla” association currently comprises 6 sections gathering children, youths and adults interested in the culture and folklore of Serbia and former Yugoslavia.

The Idemm ensemble from Istanbul comprises 46 members. 10 musicians providing accompaniment to the dancers are also part of the group. Additionally, two vocalists perform during concerts, who teach the audience about Turkish folklore with music. Since 2000 the group is trained by 5 professional instructors, thanks to which it is able to present a wide variety of dances originating from 10 regions of Turkey: the Aegean Sea, Thrace, the Black See and also the eastern parts of the country.
The ensemble performs at several festivals in Turkey and abroad. It has performed, among others, in the Nea Karvaliss and Naoussa festivals under the auspices of CIOFF and also Thessaloniki – Adendro in Greece. Its aim is to present the rich cultural heritage of Turkey to a world-wide audience. 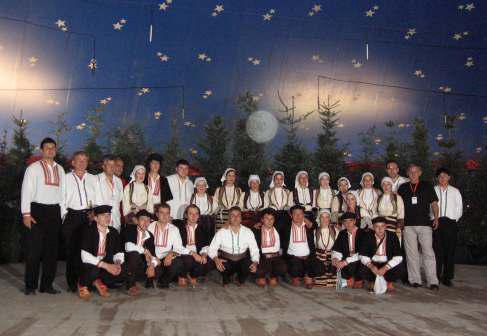 The ensemble was founded in 1947 in Kiczewo, located in South-Eastern Macedonia. It was named after the great patriot and national hero born in the same village.
The dancers perform in original, painstakingly restored folk attire dating back to the beginning of the previous century.
Its repertoire features songs, dances and music of the Kiczewo region and from all over Macedonia, all presented with great energy. Its main aim is to promote the rich culture and customs of its country.
The ensemble is comprised of four dance groups and one of Macedonia’s best bands. The ensemble currently consists of over 200 people, but over the course of 60 years of its existence over 4000 people have sung and danced in it. The best Macedonian folk singers, the brothers Vojo and Bilian Stojanoski, come from the ensemble.
The ensemble has taken part in several festivals both in Macedonia and abroad, where it has frequently won awards. It has also been awarded the special prize of the President of Macedonia.

Director of the ensemble – Acko Jovanoski 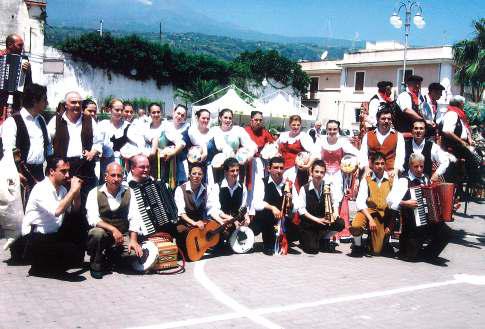 The „Mata e Grifone” folk ensemble was founded in 1982. Its name comes from two mythical giants and brilliant defenders of Messina – Mata and Grifone. The ensemble consists of university students – lovers of folklore, whose aim is to learn and spread the oldest Sicilian songs, dances and traditions.
After two years of existence the group started to give concerts. It is a member of FLTP (the Italian Federation of Folk Ensembles).
The ensemble performs in folk attire – faithfully reproduced, originating from different epochs and precisely depicting the folk traditions of the Messina Province. The folk band comprises musicians using the following instruments: accordion, guitar, mandolin, Friscalettu (pipe), bagpipe, bifara, tambourine and marranzano

Director of the ensemble – Oraizo Grasso