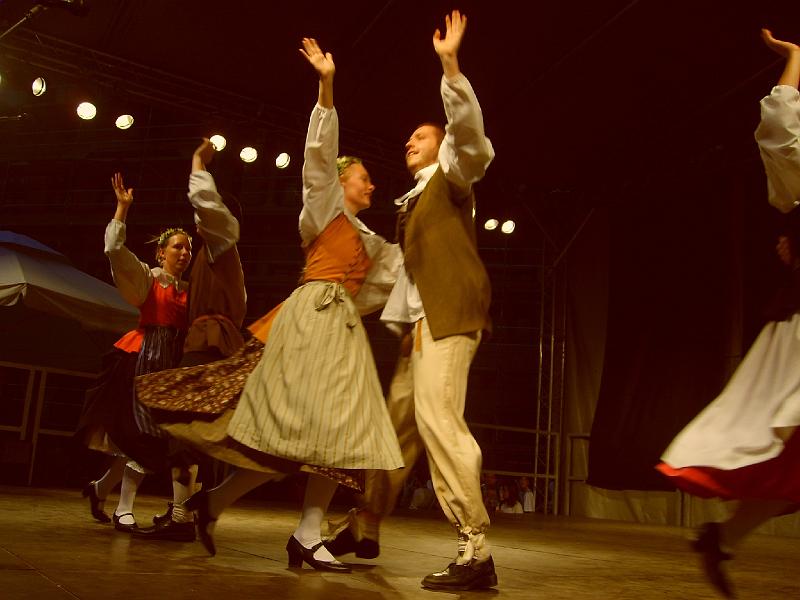 The ensemble was founded in 1976 in a small town of Kuringen–Hasset, located in Flanders. The aim of the group is to popularize and cultivate the folk culture of Flanders. 6 age groups (3-60 years) comprise 140 dancers.
The ensemble has given concerts in Belgium and abroad, presenting its program in Belarus, Lithuania, Denmark, Egypt, France, Holland, Ireland, Israel, Germany, Portugal, Romania, Sweden, Turkey, Great Britain, Italy and Hungary.
The ensemble was represented by its older youth group at our festival. It presented a program presenting traditional dances of Flanders.
The group’s artistic director is Wouter Vanderbiesen 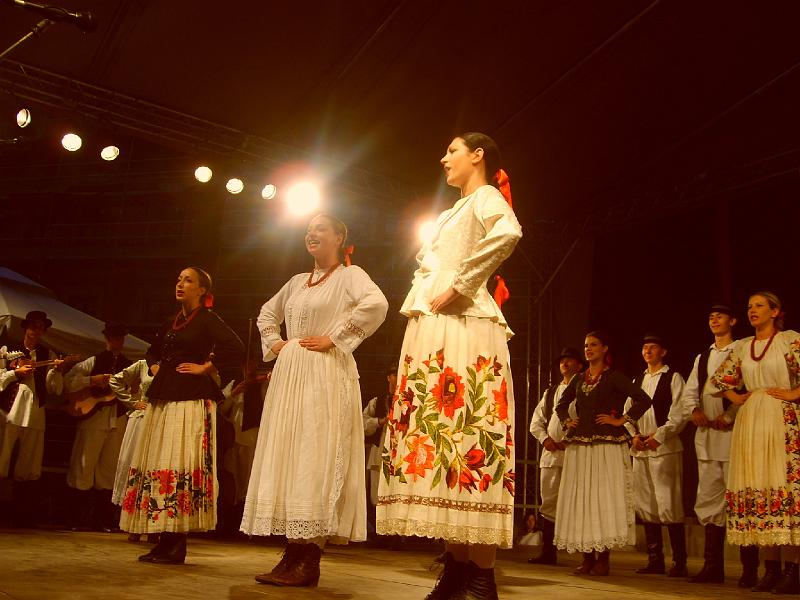 The Folk Dance Ensemble „Preporod” was founded in 1907 in the town of Dugo Selo, located at the foot of the Martin Breg mountain near Zagreb. It currently comprises over 200 people in 4 age groups, who dance, sing and play traditional Croatian folk instruments. Over the years its members had collected folk attire from different regions of Croatia, and now Preporod boasts a rich assortment thereof, some of which are older than 100 years. The ensemble also possesses a collection of Croatian national instruments.
It has taken part in several concerts, competitions and festivals in Croatia, Austria, Belgium, France, Norway, Poland, Romania, Hungary and Italy. This year „Preporod” celebrated the 100-year anniversary of its foundation.
Artistic director – Daniel Šturm 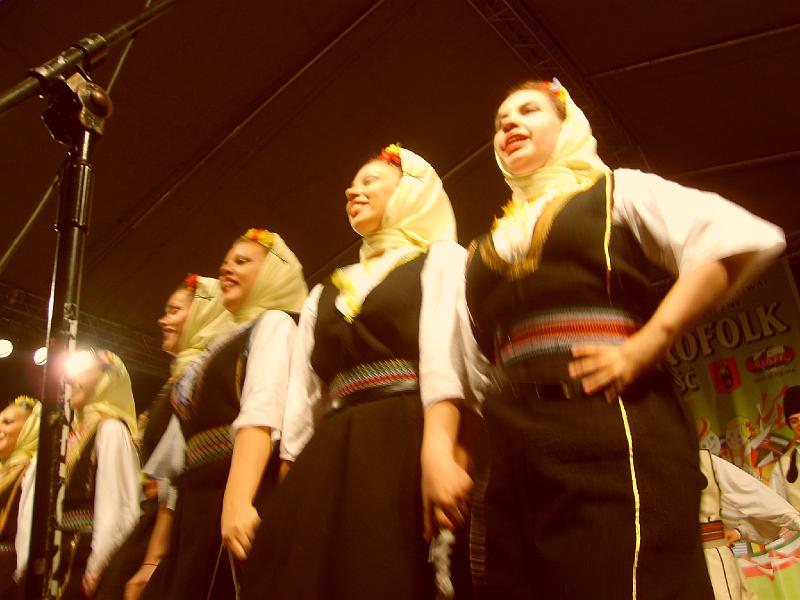 The „Abrasević” Association was founded in 1920 and since then has been the most popular cultural organization of the region. The association comprises several sections – a folklore school for children, youths and adults, a folk ensemble, a theater, a music ensemble, a vocal school and choir, the most important of which is the one concerned with folklore. Since 2005 the association operates under the name of „Abrasiević – The Old Town” . The new name fittingly depicts its main goals – cultivating tradition and passing down its beauty and wealth to the younger generation.

The ensemble gives many concerts and takes part in festivals, both national and international. Since 1972 it has been to Tunisia, Poland, Ukraine, Germany, Slovakia, Russia, Turkey, Switzerland, Greece, Bulgaria and Romania, among others.
Artistic director – Miodrag Markovic 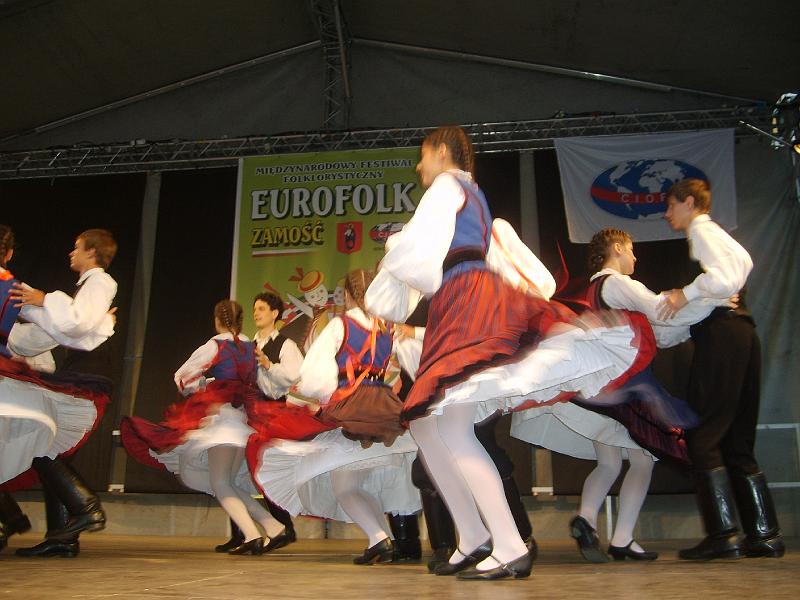 The ensemble was founded in 1954 in Budapest. Its program features folk dances and melodies from different regions of Hungary.
Artistic director – Sandor Boross 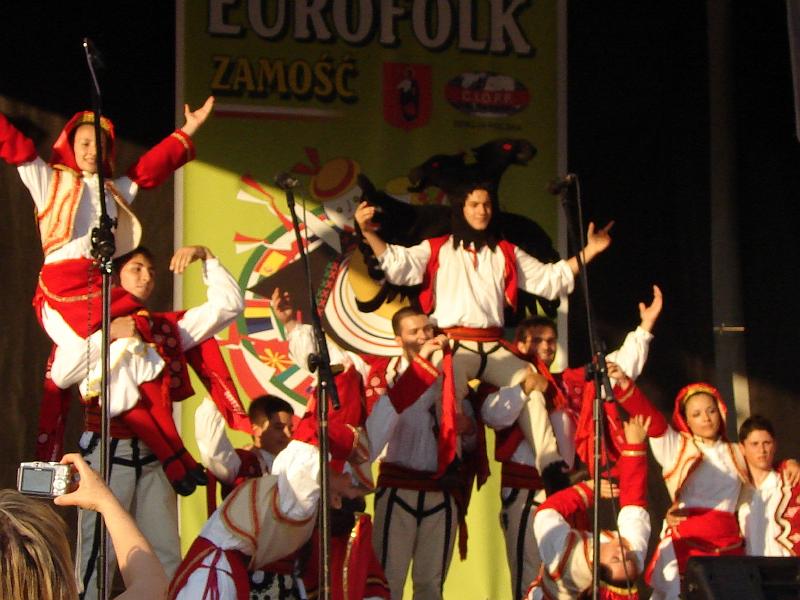 The „I Figli dell’Aquila” folk ensemble („Sons of the Eagle”) was founded in 1975 with the aim of getting to know and love, as well as eagerly deepen the valuable heritage left by the ancestors. It is an expression of love for cultural heritage, and most importantly an instrument for spreading Arbëreshe culture among youths.

The Arbereshe are a group of Albanian refugees, who fled to Italy five centuries ago to avoid the Turkish invasion. They founded several towns in Calabria, Frascineto being one of them. Over the centuries, they have preserved the language of their country, as well as Byzantine customs and religion.

The ensemble currently comprises 40 members of different ages.
The presented program was inspired by the culture of the Arbëreshe. The songs and dances are related to the daily lives of country people and their community. They are a diversion from the usual routine of seasonal work in the country, from planting seeds to harvesting. Its leitmotif is based almost entirely on the love of a beautiful women by the name of Morea, left behind in her Albanian motherland but never forgotten. The repertoire is bolstered by more gleeful and rhythmical folk songs and dances, more in tune with the Calabrian tradition.

The choir is conducted by Rev. Basilio Blaiotta, the parish priest of the St. Basil parish, connoisseur of music, also Byzantine, and of Arbëreshe culture.
The band is directed by Rodolfo La Banca.
The dance ensemble, joined with the choir some time ago, adds a fresh wind of glee to the vocal ensemble. It is directed masterfully by Carolina Sancineto. 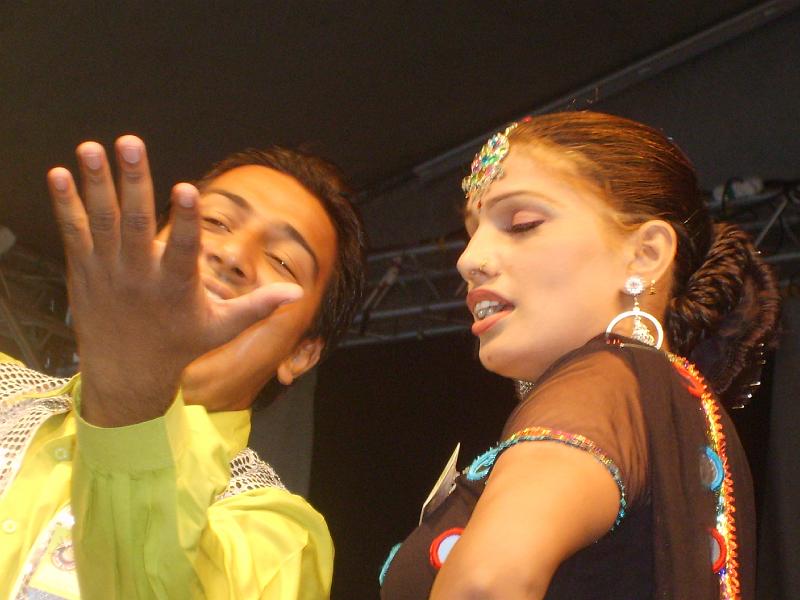 The ensembles come from the Punjab, Ludhiana and Jalandhar district. They present traditional folklore of this typically agricultural region. The lyrics usually refer to matters related to everyday work on the field. They also express love, longing, pain and other emotions related to a man’s life. They often give accounts of the heroic battles of the Sikh – thus stylized battle scenes with sabers and knives are presented on stage. The ensembles perform in folk attire typical of the given region.
Mahiya folk music is well known in the entire Punjabie region. Dhola music is very lyrical and sentimental. Boli music accompanies the popular folk dances of Bhangra and Giddyha, which the ensembles perform in fantastically colorful costumes. It is performed using traditional instruments, e.g. dhdaki, dhool, tumbi, ocupad, ghartka, chimta, katto.