The following ensembles took part in the festival:

Program of the festival: 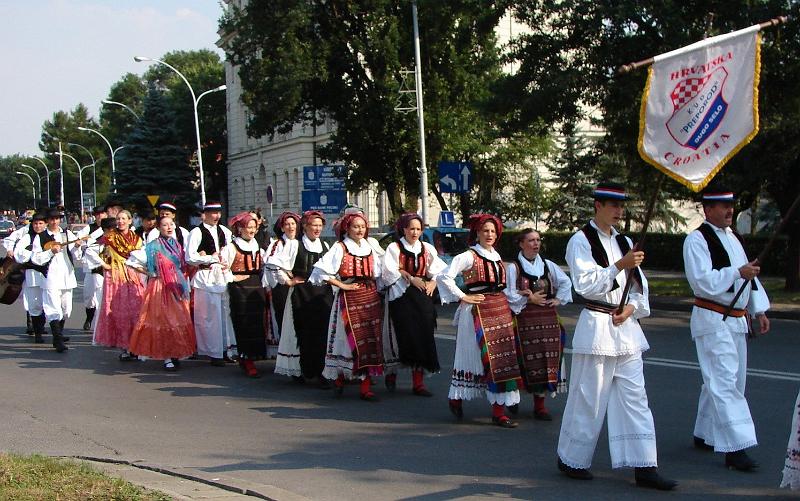 As usual, the 6th edition of Eurofolk started with a colorful procession, which went through the streets of Zamość along the usual route from the Zamość House of Culture to the Great Market Square, after which the representatives of all ensembles dance the „Piękna nasza…” polonaise together. After some short speeches, greetings and congratulations, the mayor of Zamość – Marcin Zamojski – opened the 6th Eurofolk with these words: „I consider another International Folklore Festival “Eurofolk – Zamość 2007”, the 6th edition, officially open”, after which the Great Market Square resounded with the sounds of applause… 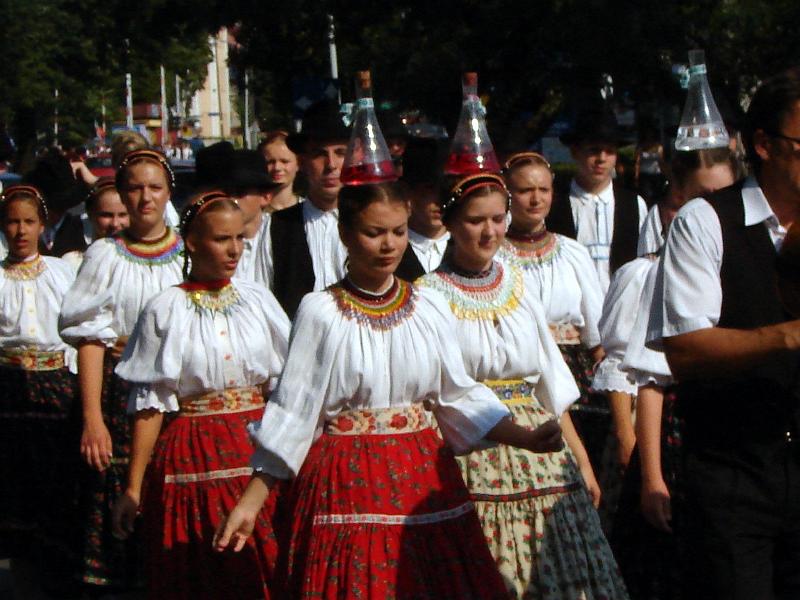 In the evening of that day the city authorities, the organizers, as well as the directors of the ensembles with their representatives met at the Renesans hotel for a press conference and some refreshments…

Every day from Wednesday till Sunday, at the Great Market Square one could see concerts lasting several hours, in which each ensemble presented its program and familiarized the audience with their culture and folklore… Despite the scorching heat, each of the concerts attracted throngs of people, cameras, photographers and reporters, as well as guests from various parts of Poland, who came specifically for our festival…

The festival was accompanied by several side events, where each of the ensembles could “touch” the culture of the other countries, from which our guests came, by means of various games and lessons of songs and dances… 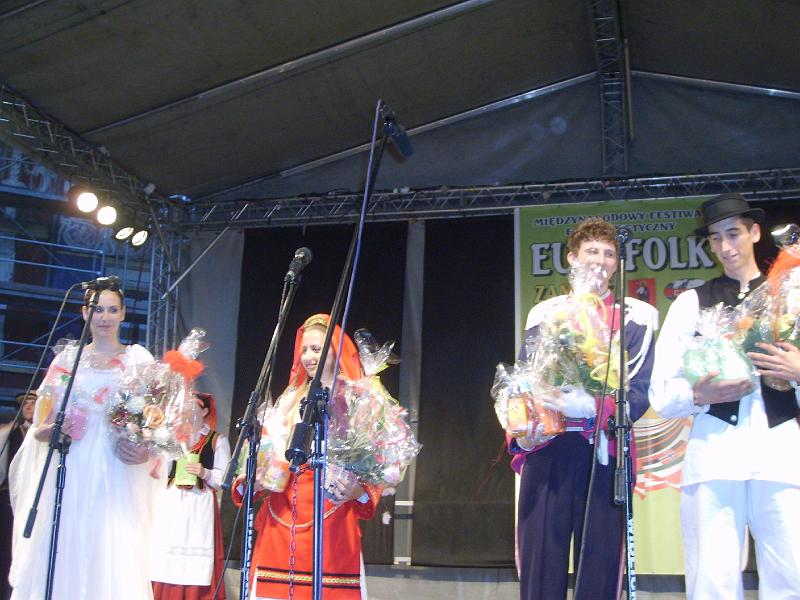 Like every year the miss and mister of the festival were chosen. This year over 2000 votes were cast… The ballots were taken in the organizer’s tent from Wednesday till Sunday. This year, according to the audience and the ensembles participating in the festival (who were entitled to vote) the title of miss of the festival was given to Weronika Krasoń from the Song and Dance Ensemble „Zamojszczyzna”, the runner-up being Maria Grazia from Italy. Kreso Micić from Croatia was voted mister of the festival, with Tomasz Szymański from the Song and Dance Ensemble “Zamojszczyzna” being the runner-up.

The festival came to a close on Sunday with the finale concert, during which the ensembles presented themselves for the last time on the stage in Zamość… Unexpectedly, the concert ended almost an hour later than initially planned, but likely no one of the audience or the participants was unhappy because of that. The last dance number was the „Oberek Finałowy” (finale oberek) performed by all ensembles, which traditionally ends each Eurofolk…
Afterwards, it was time for speeches, expressing thanks and congratulations, after which each of ensembles was given gifts and plaques to remember the festival by…